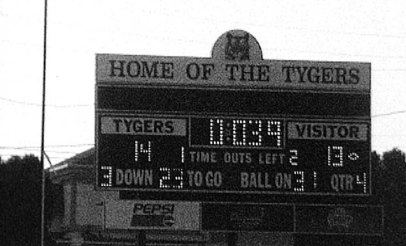 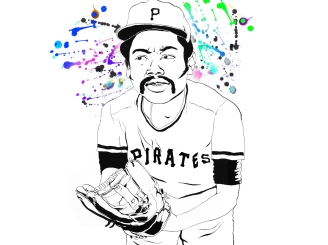 Curated by Astria Suparak and Brett Kashmere
Part of the Sports issue of INCITE: Journal of Experimental Media and A Non-Zero-Sum Game series
2018. Tour dates through 2019.

Sports are a canvas(/screen) for personal, regional, and national projections – they are a proxy war, a fantasy, a public record, an airing of grievances, and a realm in which ideals can be realized. Sports create moments that sear into the communal memory and replay over and over, truncated and mangled over time, some parts burnished and others buried, with glorious names like “Miracle on Ice” (hockey), “The Hand of God” (soccer), and “The Immaculate Reception” (football).

The film and videomakers in A Beautiful Game get into the body, mind, and spirit – and even on the nerves – of athletes and spectators. They re-create matches with new bodies and nationalities, refracting the impact beyond the game’s original borders. They manipulate time to create an impossibly perfect match, manifesting an underdog team’s wildest dreams; or modestly documenting the final seconds of a close game and the home crowd’s audible switch from cheerful anticipation to deflation. They amplify fan glee, silliness, and irreverence, and provoke a rival team’s fanbase. These artists celebrate athletes’ rebellious streaks, and admire their disciplined feats of excellence. And finally, these makers visualize the part of athletes not accessible to the public – their interior state.

A Beautiful Game is a touring screening program from A Non-Zero-Sum Game, a series of events launching, and part of, INCITE Journal of Experimental Media‘s newest issue, Sports (edited by Astria Suparak and Brett Kashmere).

Excerpt:
“Though the World Cup only lasts about a month, artist Brett Kashmere and curator Astria Suparak are conducting an extended project on sports and art—including soccer—from January to November of this year.

Their A Beautiful Game screening program, shown at VisArts in Maryland last week, has four films related to soccer: In Refait (2009) by Pied La Biche, the artists remake, frame for frame, a video of a World Cup match between France and Germany from 1982—but in everyday urban settings, like parking lots and highway overpasses. México vs Brasil (2004) by Miguel Calderón shows a patrons in a São Paulo bar watching a soccer game on TV—a game that, unbeknownst to them, is not real, but has been edited together from prior footage. The Zidane World Cup Headbutt Animation Festival (2006) by Anil Dash presents short, fan-produced takes on an iconic soccer moment. Football (2011) by Ana Hušman looks at the first matchup between England and Argentina post Falklands War at the FIFA World Cup in 1986. But in keeping with the wider scope of Kashmere and Suparak’s 11-month sports-art project, A Beautiful Game also includes Alethea Arnaquq-Baril’s 2010 film of Inuit high kick and Paper Rad’s 2004 video game mashup about Boston Celtics hall of famer Robert Parish.” – Leah Sandals, “World Cup Meets White Cube,” Canadian Art, July 4, 2018

Screenings of A Beautiful Game are part of INCITE Journal of Experimental Media‘s Sports issue.

Part of a series of events around the exhibition Power Forward, curated by Astria Suparak.